Leonard Maltin has reviewed Mack Sennett's Fun Factory on his website. I am truly appreciative, and beyond that it is a real honor to me, since Leonard wrote several of the books (Movie Comedy Teams, The Great Movie Shorts, etc.) that quenched my thirst for information when I was first delving into the world of early film comedy, and inspired me to start researching and writing about the subject myself.
Posted by Brent Evan Walker at 11:16 AM No comments:

Review of Mack Sennett's Factory on the World of Charley Chase

Yair Solan's The World of Charley Chase is one of the longest-running (14 years and counting) and best websites dedicated to film history and comedians--and it is without a doubt the best web portal for information on the great Hal Roach comedian Charley "Chase" Parrott,  who got his start at Keystone in 1914. I am very grateful to Yair for posting a review of Mack Sennett's Fun Factory on his site.
Posted by Brent Evan Walker at 4:00 PM No comments: 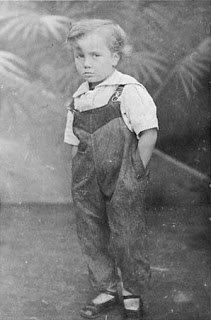 Posted by Brent Evan Walker at 11:05 AM No comments: